Play Your Way, Every Day!
info@playbrucegrey.com
Submit a Story

I recently came across an article from 2013 from CAAWS (Canadian Association for the Advancement of Women and Sport and Physical Activity); ’10 Ways to encourage girls to get active’. I thought the timing was interesting as it appeared shortly after a conversation with a mother and her struggle getting her daughter to participate in some form of physical activity. Not an unusual struggle considering that by the time a young women or girl reaches adulthood they are twice as likely as boys to have dropped out of sports. But why the difference in drop out rates?

Overall, women and girls participate in sport and recreation less than men and boys as athletes, coaches, and as leaders in Canada across all demographics. There is even less evidence about the experiences of girls with disabilities, Indigenous girls, or girls from any other under-represented group. This, despite the rapid increase in the last few decades of the number of women and girls participating in regular physical activity, recreational and competitive sports. However, we must remember that women and girls participated in their first Olympic games in 1900 at the Paris Games where women were permitted to compete in lawn tennis and golf. Their inclusion in other sports was considered ‘impractical, uninteresting, unaesthetic and incorrect’ by the then president of the IOC, Pierre de Coubertin. In 2014, women were finally permitted to compete in the Olympic ski Jumping event at the Sochi 2014 Games, 90 years after the first men’s competition. The perceived gender differences along with other barriers affect women and girls involvement in sports as participants, coaches, athletes and leaders across their lifespan.

So here are 10 Ways to Encourage Girls to Get Active

­TEACH her athleticism is a good thing

Let her know it’s OK to sweat, get red-faced and be athletic. Encourage her friends to join in and when she sees them playing, she may be persuaded to think sport is cool after all.

SHOW her the opportunities

When I speak with athletes just breaking onto the national or collegiate scene, the young women consistently emphasize how they use sport to get an education or pursue other goals. Because there are few truly professional opportunities for women, sport is one path to realizing other ambitions, and women’s university sport is excellent and entertaining.

INTRODUCE her to role models

Let her see you working out, sweating and making physical activity part of your life. Take her to girls’ and women’s sports events in Vancouver and check out the biographies, stories and films of women sports heroes like Christine Sinclair, Billie Jean King, Lindsey Vonn and the UBC women’s volleyball team.

Many teen girls are preoccupied with their bodies and appearance. They see a lot of flaws in their own shape, but can be encouraged to be active once they understand what exercise can do for their figure and their health. Young women can be motivated to exercise for health benefits that go beyond looks.

DISCOVER what fits her personality and body type

Suggest activities in which she can be successful and challenged, which make the most of her existing abilities and strengths. Find a challenge for her skill level and body type.

If she’s found a sport she loves and is intent on getting better, YouTube has thousands of tutorial videos, and there is no shortage of technical websites with sport-specific training. Some are free, others have membership or download costs.

Don’t just tell her – show her. Be active together and set a good example. The WSF suggests an “activity bracelet,” which is like a charm bracelet or key chain that includes trinkets in the shape of sports gear, like a baseball or snowboard, to represent the activities you did together.

PRIASE and reward her efforts

A smile, a nod of the head, applause and kind words of encouragement can be powerful tools for motivation. Show her she’s succeeding.

Some girls, especially teens, tend to get bored quickly or have their attention easily drawn elsewhere. Make sure you are introducing her to a wide variety of activities to keep her interested.

Help her schedule the time to be active by keeping an exercise calendar at home or by putting your own fitness activities on a calendar. Sneak notes into her lunch or her gym bag with words of inspiration and praise. Message her on Facebook, Twitter and the social media platforms she uses most to keep her encouraged to play and aware of her commitments.

INTRODUCE sports to other areas of her life

Make a sports scrapbook or open a board on Pinterest. Start a Facebook group for her team or club if there isn’t one already. From magazines and the Internet, collect pictures of girls and women being physically active, refereeing games, coaching and competing. She’ll recognize herself in the photos of other active girls and women.

In order for women and girls to begin, maintain, and
increase their sport and physical activity participation,
communities, professionals, sport clubs and parents must work
together to reduce the barriers that stand in their way.
(TUCKER CENTER, 2007) 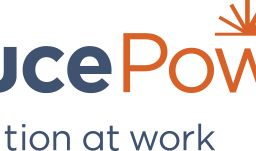 Bruce Power has committed $34,000 through 2022 to support the Grey Bruce Health Unit’s Longest Day of PLAY events, which…